Oct 23, 2021 Him Off a Mountain to Star in Sci-Fi Epic, I got a call from my agent literally on top of a mountain

Momoa also revealed to IndieWire that a particular gesture reserved for Timothée Chalamet’s character is actually meant for his real-life son.Jason Momoa brings a swashbuckling charm to the role of House of Atreides swordmaster Duncan Idaho in “Dune.” The “Aquaman” and “Justice League” actor lends his superhero muscle to Denis Villeneuve’s adaptation of the novel by Frank Herbert, who described the character as being more or less a ladies’ man with dark luxurious hair and a piercing gaze.

But Momoa’s turn as Duncan also allows the actor to tap into a deep reserve of camaraderie with Timothée Chalamet’s Paul Atreides, who looks to Duncan with boyish admiration and as a mentor figure. That kind of saucer-eyed reverence Paul has for Duncan was just like the feeling Momoa had toward his fellow actors, a stacked cast including Oscar Isaac, Rebecca Ferguson, Josh Brolin, Zendaya, Javier Bardem, and Dave Bautista. 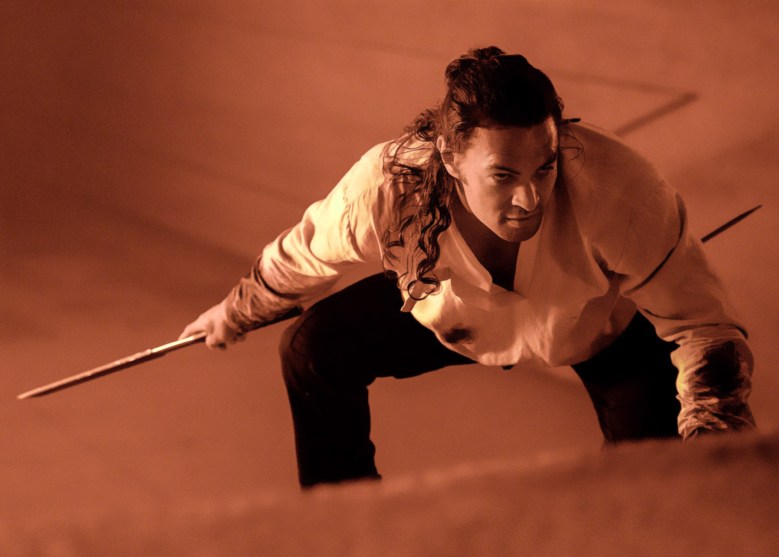 “It was unlike any other set I’ve ever been on. We were all so close,” Momoa told IndieWire during a phone interview out of London, where he’s shooting the latest “Aquaman and the Lost Kingdom.” “I didn’t expect Oscar Isaac to be that amazing. So funny, talented, and charming. Brolin, I knew would be a stud. Javier is like a god to me. Timothée is so intelligent. Rebecca is amazing, she held her own against all of us.”Momoa said that one of the things that helped him with the part was thinking about the role models he had as a kid. “Those men that come in your life, and they go on these journeys, whether they’re mountaineers or skateboarders, they go on these adventures, and they come back and tell them, and you just idolize them,” Momoa said. “That’s what I really felt like Duncan was to Timothée’s character. That’s what I wanted to embody when playing this role.”

“Dune” consists of several major action set pieces, directed with care and finesse by Frank Herbert nerd Villeneuve, who called upon Momoa cold to play the role without even auditioning. It was at Sundance 2019 when Momoa received the call from the “Prisoners” and “Blade Runner 2049” director to play Duncan.

“I got a call from my agent literally on top of a mountain, and I was shocked, and he was like, ‘Denis Villeneuve wants to talk to you right now,” Momoa recalled. “I thought it was a prank. He said, ‘He wants to talk to you right now. He wants you for a role. He won’t tell anyone what it is.’ Me and my best friend, who loves Denis, ran down the mountain, into the room, FaceTimed him, and he had everything laid out. He had this whole department there in costume. Everyone was staring at me, and he had a whole book. It was this manifest. Pictures, everything. It was almost like he was pitching it to me, and I was taken aback. He asked if I would play Duncan. That’s never happened before.”As far as preparing for the film’s muscular action sequences, Momoa said it wasn’t totally different from his experiences in the DC Extended Universe. “We had to fight numerous people, so a lot of training went into that last battle scene,” he said of one of the film’s climactic fights, in which Momoa’s character faces off against the minions of the evil House Harkonnen.“We did a bunch of stuff like Kali,” which is a martial arts technique native to the Philippines. “I never really learned that. My son does that. There’s definitely these intimate moments where I’m signaling to my son. That’s a Kali move, where you put your hand on your heart and put it on your head. That’s to Timothée in the movie, but that’s to my son in real life.”


The movie shot in spring and summer in Jordan and the United Arab Emirates, and stepping onto the intricate set production-designed by Patrice Vermette, juxtaposed to the desert conditions, made for a transportive experience. “It really felt like Jason Momoa being Duncan in Arrakis. It really helped with all of that,” he said. “When we got to the studios, they were massive builds. We had some pretty big ones on ‘Aquaman,’ but some of the sets on ‘Dune’ were massive.”

“Dune” fans are now waiting to see when (and if) Warner Bros. will greenlight the second film, as the new movie only covers about half of the events from the 1965 science-fiction epic. (Momoa previously called for a full six-hour cut of the entire saga, to which Villeneuve has said no such thing exists.)