The Tennessee Volunteers and fourth-ranked Alabama Crimson Tide will meet for the 104th time on Saturday in a key SEC crossover matchup. The Crimson Tide (6-1, 3-1), who won last year’s showdown 48-17, have won the last 14 games in the series. The Volunteers (4-3, 2-2), who are coming off a hard-fought 31-26 loss to Ole Miss a week ago, have won two of their last three games. They have not beaten the Tide, however, since 2006. 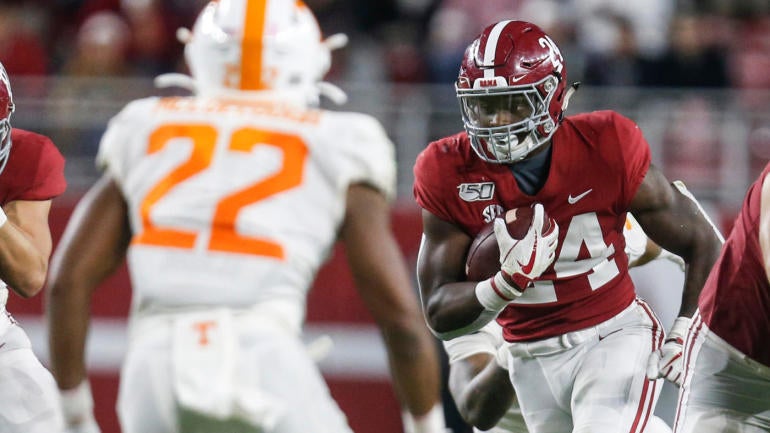 Kickoff from Bryant-Denny Stadium in Tuscaloosa, Ala., will be at 7 p.m. ET. Both teams have done a good job of forcing turnovers. Alabama is tied for 10th in the nation in turnover margin at plus-seven, while Tennessee is tied for 26th at plus-five. The Crimson Tide are favored by 25.5 points in the latest Alabama vs. Tennessee odds from Caesars Sportsbook, while the over-under for total points scored is 68. Before making any Tennessee vs. Alabama picks, you need to check out the college football predictions and betting advice from the SportsLine Projection Model.

Now, the model has locked in on Alabama vs. Tennessee and just revealed its picks and predictions. You can head to SportsLine now to see the model’s picks. Here are the college football odds and trends for Tennessee vs. Alabama: